Sticking To The Script

Some of my colleagues at a network event were arguing the merits or otherwise of a sales script. Those in favour maintained that working to a scripted formula enabled the seller to guide the conversation with the buyer to mutual advantage whilst those against thought working from a script made for a staged and insincere exchange between the two parties.

Certainly, my first reaction was to reject the use of a script; I felt that it wouldn't allow for a natural conversation to occur and might lead to the buyer being maniupulated in some way. But thinking about it some more as I listened to the debate, I decided that it might make sense for the seller to take the lead so long as the customer's interests were safeguarded.

In my own experience, it can be both helpful and fun to be taken in hand by a skilful salesperson and carefully guided towards making the right purchase. Think of the waiter who directs you through the details of the menu or the tailor who knows what just what questions to ask as he helps you choose what clothes to wear for the big event.

When you think about it, we have an odd mistrust of the scripted conversation. It's as though we only trust spontaeneity. Yet some of the most influential exchanges in the world have been carefully scripted and rehearsed for maximum effect. Barack Obama's 'Yes, We Can' was certainly staged, whilst Winston Churchill's painstaking preparation for his landmark speeches was legendary. 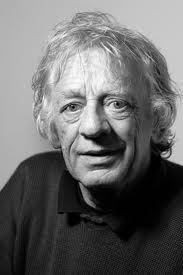 Closer to home, I was struck recently by how the late actor Mick Lally (who played Miley in TV's long-running soap, Glenroe, as well as being a founder of Druid Theatre) was held in such high regard for his decency and immediacy, as well as his great acting talent, despite the fact that few of us had ever heard him utter a word that wasn't carefully scripted.

Like all the great performers and communicators, Lally used the script to both explore and express something deeper and more personal than words, and there's no good reason why a carefully made sales script can't do the same.

If we take it as read that the purpose of a brand is to help the buyer make the right choice, it stands to reason that we can draw on our experience to script our exchange with the customer in a way that guides us both towards an understanding of whether or not there's a match between what the buyer wants and what we offer for sale.

Of course, there are occasions where spontaneity is what's required, but the more I think about it, I'm all for sticking to the script.
Posted by Gerard Tannam at 6:49 am 1 comment:

Confessions Of A Turncoat

Round here, we've just had the first of our two annual All-Ireland Finals; it being the first Sunday in September, it was the turn of hurling, with Gaelic football to follow in two weeks' time.

I had no vested interest in the game, but like many others was fascinated by the prospect of a truly exceptional Kilkenny team (some say the best ever to play the game) securing their fifth title in a row.

Usually, I side with the underdog, but this time was different. It seemed only fitting that this team would be the first in either sporting code to go beyond four in a row (I had been at Croke Park myself many years ago when a last-gasp effort denied a great Kerry football team that unique distinction) and I felt that the "Cats' drive for five" deserved to be rewarded against an unremarkable Tipperary team that weren't given much hope of causing an upset.

As I settled onto the sofa to watch the game, I felt that both my heart and head were for Kilkenny, and sat back to enjoy the supreme skills and inevitable procession of scores that would lead to the coronation of these kings of kings.

And then something extraordinary happened. The sliotar was thrown in to the usual opening melee and as the two sides locked horns and went at it to furiously gouge out that first score, I found my allegiance had shifted in an instant. Now, as I watched the commoners forget their supposed place in the order of things, I bayed instead for the head of the king, and cheered on the gallant usurper.

Oh, fickle sports-fan. As I watched this suddenly-remarkable Tipperary team turn the world upside down (they went on to win the match by a considerable margin), I wondered to myself how often our customers settle down to buy something in their heads, and leave with something entirely different in their hearts.

As brand-builders, we can trust too much in the supposed order of things, the logical outcome or proper result, whilst impulses much older and far greater than reason or due reward, wield their influence on our customers. In this case, the age-old instinct to root for the underdog.

Much better to trust to the heartfelt impulses, I think.
Posted by Gerard Tannam at 8:13 pm 1 comment: