Childhood obesity, a much discussed and analysed phenonom, is on the increase and everywhere we look, we see worrying evidence this is a problem that won't go away on its own. Like all problems, it needs to be tackled head-on through education and decisive action and where better a place to start than a school and what better people to tackle it than children themselves?

Our featured business this week are the students of Griffith College Multidenominational School on the South Circular Road. When the students were invited to participate in the Biz Factor School Competition, they saw an opportunity to tackle the challenge of childhood obesity. After researching their market, they designed and produced The Health Pack offering a range of healthy and fun exercises and recipes.

On the show last Louis Rosney and Eduardo Nestor from the management and production team explained to George and Gerard that the whole class was involved, with each student playing an important role within the company. Like all good businesses, they did their market research, identifed their target customers and have developed a strong product that fixes a problem for them. Currently putting the final touches to The Healthy Pack, the students are hoping to bring their product to market soon.

Can you think of ways the students can market their product? Listen back to the show on Kickstart Your Business and let us know what you think.

(Kickstart Your Business is broadcast live on The Right Hook on Newstalk106 in Ireland every Thursday at 6.40pm)
Posted by Gerard Tannam at 8:45 am 3 comments:

The Perfect, Make That Superb, Candidate

Unless a company is large enough to have a human resources department, most business owners find the task of hiring the right candidate to grow their team a daunting one. Juggling the day-to-day running of a business whilst trying to sift through a large pile of applicant CV's can seem a nightmare and more often than not, ends in disappointment and time lost.

This week's featured business, Superbly.co, collects information from both the employer and the candidate and then identifies how well matched they are, displaying the results in a beautiful and elegant dashboard. Padraig Mannion, developer and owner, promises business owners that his product will ensure they'll never have to trudge through a mountain of CV's ever again.

A large portion of the interview was spent explaining how Superbly.co works and as Gerard pointed out, Padraig needs to find a way to demonstrate quickly and easily that it works. One simple way to do this might be to invite a well known company to use the system and then showcase the results on the website.

Can you think of another way Padraig might showcase his product so the potential customers can easily see the benefit of using his system? Listen back to the show on Kickstart Your Business and let us know what you think.

(Kickstart Your Business is broadcast live on The Right Hook on Newstalk106 in Ireland every Thursday at 6.40pm)
Posted by Gerard Tannam at 10:24 am No comments:

Last year my daughter and her friends came home from Electric Picnic raving about delicious meat pies that had singlehandedly shouldered noodles off the number spot for fast but nutritious food on the go. The humble pie had made a bold return in Ireland and judging by the amount of outlets that now stock artisan pies, it's back to stay.

Going To The Fair

This week's featured business is Skoff Pies. It's founder, TV Cook and food writer Donal Skehan has been cooking up great receipes since he was a child. Meanwhile, his family has been producing tasty wholesome food for three generation, beginning with Grandad's shop on Dorset Street. Now Donal's mum and dad are producing delicious pies made according to receipes developed by Donal and available in supermarkets across the country. Certainly no pie in the sky venture here and with Donal preparing to take on the might of the multinationals, George and Gerard were delighted to give the business a hearty kickstart.

Let Me Taste Your Wares

Gerard first came across Skoff Pies on the shelf of his local supermarket and was immediately impressed with the presentation and design of this Irish- made product. He was not surprised to hear that Donal had engaged with a very good creative design agency, Creative Ink, and the result is a distinctive and unique brand that should stand the test of time. Even George, who has been sworn off pies since he nearly choked to death on a piece of steak twelve years ago,  promised to try out the delicious chicken and ham pie for dinner this Sunday!

With Skoff Pies already standing out from the crowded supermarket shelves, can you suggest any other ways in which Donal can spread the word about his tasty pies? Listen back to the show on Kickstart Your Business and tell us what you think.

(Kickstart Your Business is broadcast live on the Right Hook on Newstalk106 in Ireland every Thursday at 6.40pm)
Posted by Gerard Tannam at 9:36 am No comments:

Finding A Smarter Way To Shop

As a consumer, there's nothing as frustrating as buying a product or service, believing the price to be reasonable, only to find the  same product or service available at a different location, but at a much lower price. Of course, for the busy modern shopper, be it shopping on or off-line, we typically don't have the time to compare a range of prices before we make a purchase.

Our featured business this week is Finders Fee, a price comparison site with a difference, founded by Neil Coogan and Stephen Slyman. Whilst travelling for work, Stephen had been struck by the huge pricing disparity with home on many electronic items and other luxury goods. Neil and Stephen decided to develop the business of an on-line service sourcing best-price goods for the Irish consumers and so Finders Fee was born. Finders Fee guarantees the lowest price possible delivered to  your door, with taxes and delivery charges included. No more catching out the unsuspecting Irish consumer on price difference!

As Neil was quick to point out to George and Gerard on the show last night, Finders Fee is so much more than a price comparison site  as they guarantee the safe delivery of your item from anywhere in the world and are rightly proud of their excellent customer service and support. That real difference in their offer is at present underplayed and Gerard recommended that it be the first message potential customers are presented with when they visit their elegant website.

How can Neil and Stephen highlight the real difference in their offer through their website? Listen back the show on Kickstart Your Business and tell us what you think.

(Kickstart Your Business is broadcast live on the Right Hook on Newstalk106 in Ireland each Thursday at 6.40pm)

Posted by Gerard Tannam at 12:03 pm No comments:

A Grand Adventure For All 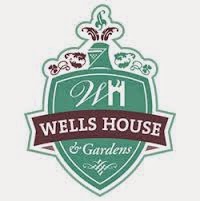 All through Ireland the landscape is dotted with fine examples of Grand or Big Houses and in recent years, many of these glorious examples of period architecture have been opened up to the public. Often surrounded by endless acres of grounds and gardens just waiting to be explored, families are guaranteed a great day out filled with activity and fun.

When Sabine and Uli Rosler inherited Wells House, near Gorey in Co.Wexford, they immediately made plans to open the house and gardens to the public, in order to share their family heritage with others and to secure the financial future of the family home. Two years ago, they launched a Victorian- style Garden Party and have been adding an exciting mix of activities and events there since. Our featured business this week, Wells House is an example of a great Irish brand that understands the importance of place and history and seeks to present its offer in a way that appeals to the child and adventurer in all of us.

The Call To Adventure

There is enormous potential in an amenity that's appealing to families but the challenge lies in winning over new customers quickly enough to generate the type of traffic that makes such an ambitious enterprise sustainable. Looking at the website as a lead generator, there is an opportunity here to create a wonderful sense of adventure through the imagery used  throughout the whole site (they are off to a cracking start with the image shown here), creating that wonderful sense of magic and anticipation for the visitor.

Can you think of ways for Sabine and Uli to create that sense of adventure through their website ? Listen back to the show on Kickstart Your Business and tell us what you think.

(Kickstart Your Business is broadcast live on the Right Hook on NewsTalk106 in Ireland each Thursday at 6.40pm)

Posted by Gerard Tannam at 12:07 pm No comments: